Erik Bendix began folk dancing at the age of 10, and has been teaching in Europe and the U.S., including several of the major folk dance camps, since 1972.  He has a very wide repertoire from many countries and has been fortunate to learn from some of the great teachers of bygone times, such as Pece Atanasovski, Mile Kolarov, Ivan Donkov, Dick Crum, Sunni Bloland, Eddie Djololian.  These “gems from the past” will be his theme for Rivieradance.  He will include dances from Macedonia, Bulgaria, Romania, Armenia and “beyond”.  Erik came to the UK in 2015, and we very much enjoyed his gentle and relaxed, but thorough method of teaching.  He has many other talents; he is a poet, and a gifted teacher of Alexander Technique, Body-Mind Centering and of his own “ease on skis” approach to Alpine ski-ing.  Erik lives with his wife Meredith in Asheville, North Carolina.  It is a rare opportunity to dance with him, so don’t miss it!

Caspar Bik is a young and talented dancer and teacher from the Netherlands. He graduated in 2013 as a dance teacher at the dance academy Codarts in Rotterdam.  In 2014, he founded a youth school for theatre arts which performs a stage musical every year for which Caspar creates the choreography. He has been specializing in folk dances from around the Black Sea, which includes dances from Bulgaria, Turkey, Georgia and part of Russia.  His most recent research was in Georgia.  Both as a folk dance instructor and as a choreographer he has taught courses in Belgium, Germany, Switzerland, Sweden, Turkey, Taiwan and the USA, where he has taught at both Stockton and Mainewoods folk dance camps. 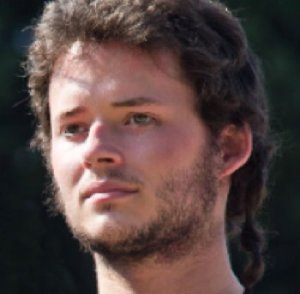